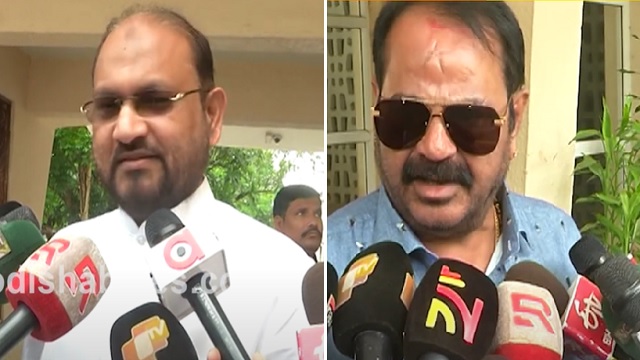 Bhubaneswar: While Congress is planning to launch a statewide padayatra on the lines of Bharat Jodo Yatra on October 31 from Bhubaneswar, infighting in the state unit of the party again came to the fore with two senior leaders bickering in the open on Tuesday.

Cuttack-Barabati MLA Mohammed Moquim contended that he skipped the meeting at Congress Bhawan attended by senior national leaders Jairam Ramesh and Digvijay Singh on September 18 since he is waiting for a reply from the party on his response to the show-case notice.

The Congress legislator was issued a show-cause for going against the party line and voting for NDA candidate Droupadi Murmu in the Presidential Election on July 22. OPCC president Sarat Pattanayak had asked him to submit his response in two weeks.

“I have not received any response from the party on my reply. I have not been intimated if the party president is contemplating any action against me. I am not unaware whether I will face any disciplinary action or be removed from the party. Since my position in the party is still not clear, I have decided not to attend any official meeting of Congress,” he told mediapersons.

Moquim said he would continue to work for the party but remain confined to his constituency and Cuttack city.

Responding to his statement, senior party leader and Jeypore MLA Tara Prasad Bahinipati said he (Moquim) has been elected MLA on a Congress ticket. “This may be his personal opinion. If he speaks against the party, people will not accept it,” he said.

Stating that show-cause notice and explanations are not big issues in any political party, Bahinipati said Moquim himself is a senior leader and should know about it. “He has been elected as MLA for the first time and should not take such a stand. I have been a four-time MLA, but have been dumped in the dustbin many times and garlanded by party leaders on other occasions. Moquim is an educated and aware leader. He should know that individuals do not matter in a huge party like Congress,” he added.