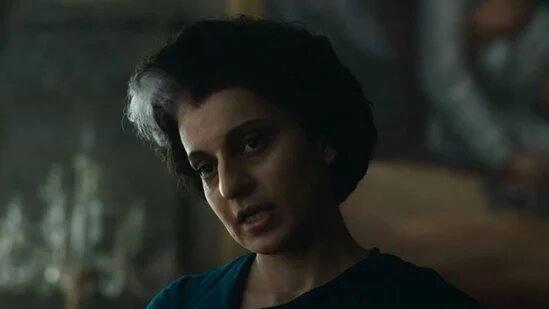 The first look of the upcoming film ‘Emergency’ starring Kangana Ranaut is nothing but impressive. Set to be made under Kangana’s production banner, Manikarnika Films, ‘Emergency’ features Kangana as former Indian Prime Minister Indira Gandhi. Shooting for the film is underway.

The first look teaser of the film shared on Thursday opens with a man attending a phone call; he soon walks towards a huge office. A woman can be seen standing in the hall as she looks at some files. The man asks her that the President of the US wants to know if they can address her as ‘Madam’.

We then get to see her face – Kangana as Indira Gandhi. As the camera moves to reveal her complete face, we can see Kangana’s side profile and it looks nothing like Kangana, but Indira Gandhi, in that frame. Kangana is also the director of the upcoming film. Kangana says, “Okay. America ke president ko keh dena ki mujhe mere daftar me sab Madam nahi Sir kehte hain (Tell the American president that everyone in my office addresses me as Sir, not Madam).” Kangana seems to have worked on her voice modulation to make it sound unlike her own. Even her expressions, the twitch of the eyes and the lips are exactly like those of Mrs Gandhi.

Her fans flooded the first look video with appreciation posts. “As always she nailed it! She has minutely adopted every detail! Brilliant! Can’t wait to get more of it,” one of them wrote. Another one commented, “Omg! The way she is talking; look at her facial expression… No doubt she is the best actress of Bollywood… Queen rocks… Its like we watching Indira Mam alive… Another National Award in her (Kangana’s) lap for acting.”
‘Emergency’ is written by Ritesh Shah, who also wrote her last project Dhaakad. In June, Kangana announced that she got renowned prosthetic makeup artist David Malinowski on board for the film Emergency. David has won several awards, including the 2018 BAFTA and Oscar for Best Makeup and Hairstyling in the 2017 film Darkest Hour. Some of his other work includes World War Z (2013) and The Batman (2022).
emrgencyindira gandhikangana ranaut
Share FacebookTwitterGoogle+ReddItWhatsAppPinterestEmail