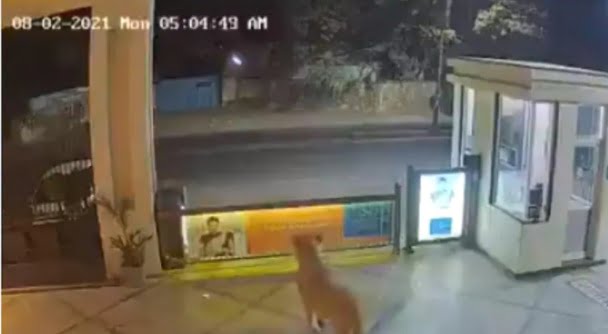 Ahmedabad: A lion entered the premises of a hotel in Gujarat’s Junagadh on February 8. The CCTV footage of the incident has gone viral.

The lion walked around the parking spot of Hotel Sarovar Portico and leaped over the gate in the wee hours. The horror-stricken security guard didn’t move from his cabin.

It didn’t bother the security to open the gate even…
Time to shift some of them to a new home to avoid negative interface. pic.twitter.com/ElWodIvyfs