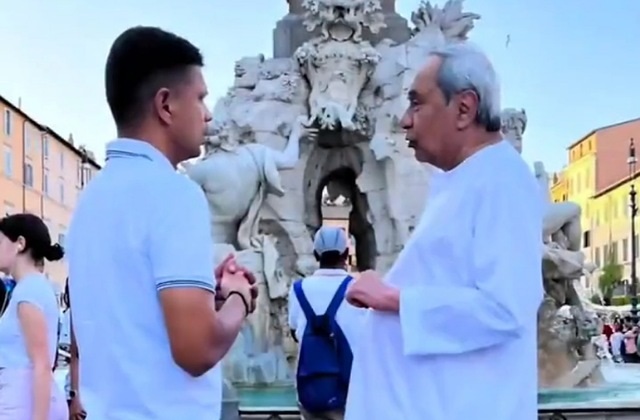 Rome: An art historian, who took Odisha Chief Minister Naveen Patnaik on a guided tour of Rome during his recent trip to Italy’s capital, said he was floored by the CM’s knowledge about ancient Rome.

“It’s been an honour to take the CM around because he is an incredibly educated man. The level of understanding and knowledge he has of ancient Rome and Renaissance is outstanding,” the art historian says in a short video.

“I don’t think I have ever encountered it in a client,” he says.

WATCH: What the Art Historian says about the knowledge of Hon’ble CM @Naveen_Odisha on Ancient Rome.