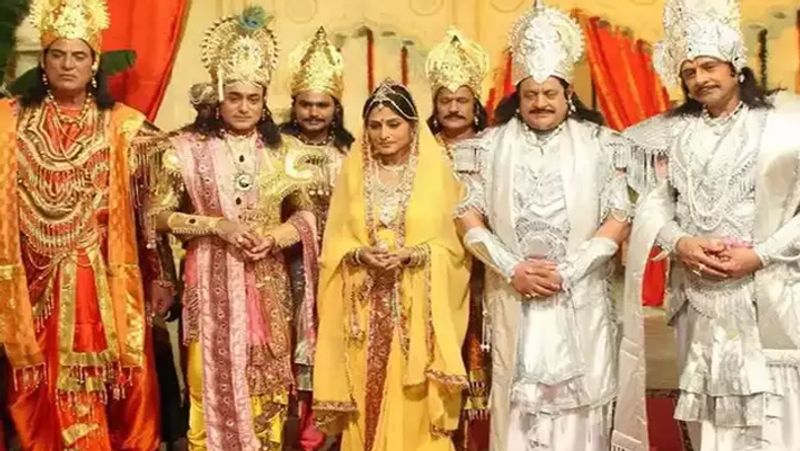 Mumbai: Even as the second innings of the popular mythological series ‘Mahabharat’ is a hit among viewers during the lockdown period, netizens have started trolling it for a goof-up in one of its episodes.

Netizens, who never missed an opportunity of highlighting the mistakes of others, recently noticed a goof-up in one of the episodes of ‘Mahabharat’ and started trolling it on social media.

The viral video shows a post war scene where Bhishma Pitamah is lying on a bed of arrows and Ganga comes to meet him. In the background, there are dead soldiers fallen on the ground after the war.

However, what grabbed the attention of the netizens was a dead soldier moving his hands and head, and coming back to life in the scene.

In no time, the video became viral on social media platforms with captions such as ‘Mahabharat ka murda jivit ho gaya’; ‘Shooting abhi puri nahi hui’ and so on.

In view of the nationwide lockdown, the 80s ‘Mahabharat’ is being aired to help people tide over the lockdown period.

It is one among the most watched Telly shows during the lockdown period.

‘Ramayan’ Back On Television, Know When You Can…