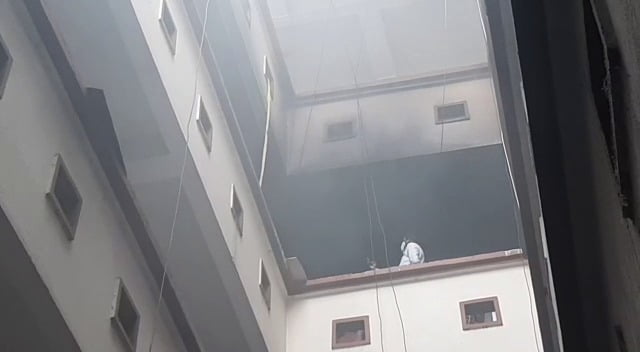 Cuttack: A major mishap was averted due to timely intervention of Fire personnel in extinguishing fire that broke out in an apartment in the city on Wednesday.

According to sources, the residents of an apartment in front of Bikash Bhawan at Badambadi in the city informed the Fire Brigade after finding smoke coming out of a residential flat.

The Fire personnel rushed to the house in third floor of the apartment and vacated the people from the floor as the heavy flames along with smoke were coming out of the place. They managed to extinguish the fire totally in a short time.

COVID Cases May Rise For Another 2 Months In Odisha; Positivity Rate Above 10% In 5 Districts