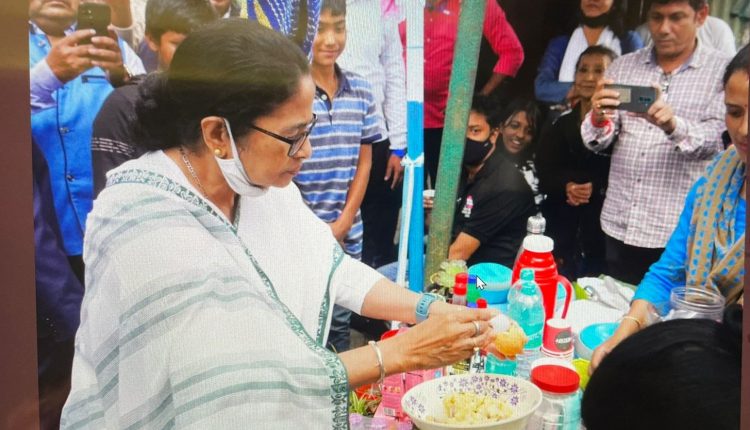 Darjeeling: West Bengal Chief Minister Mamata Banerjee started making and serving puchka at a stall in Darjeeling on Tuesday, much to everyone’s delight. The chief minister is in the hill station for three days to attend the swearing-in ceremony of Gorkhaland Territorial Administration (GTA) members. A video of Mamata Banerjee making puchka and serving it to children as well as bystanders has caught the netizens’ attention.

CM #MamataBanerjee in a different mood, making ‘phuchka’ by herself and treating people in #Darjeeling. She stopped by a stall, offered to help and then put her hands into making this tamarind water filled snack that can make people go crazy pic.twitter.com/TNVcqd9wvc

In the now-viral video, Mamata Banerjee is seen standing at a puchka stall in Darjeeling’s Mall Road. She made the puchka and served it to the people standing there. Children can be seen relishing the streetside snack which the chief minister served to them.

This is not the first time Mamata has turned cook. Earlier, in March she endeared herself to the locals by making momos at a stall.