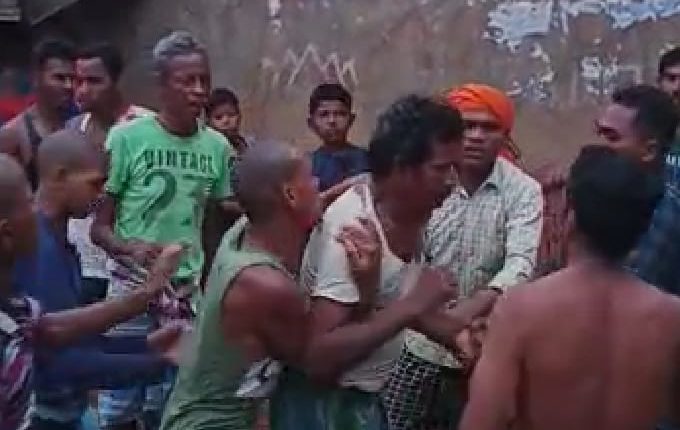 Balangir: In yet another case of superstition, a man was beaten up and forced to drink urine by villagers over suspicion of sorcery in Odisha’s Balangir district. Though the incident occurred on July 3, it came to light on Monday after a video went viral.

According to reports, people in Paruabhadi village under Sindhekela police limits used to fall ill over unknown reasons, following which the villagers suspected Hadibandhu Bagarti of practicing sorcery on the villagers.

After a meeting at a Kangaroo court, the villagers decided to punish Bagarti. On July 3, a group of villagers went to the house of Bagarti, dragged him out and attacked him with sticks.

Later, a group of young men held him while another forced Hadibandhu to drink urine.

On being informed, Sindhekela police reached the spot and detained a few villagers, including a seriously injured Bagarti. After investigation, he was taken to the local medical by the police.

Investigation into the case is on.

Bereaved Parents Rope In Sorcerer To Resurrect Dead Child In…