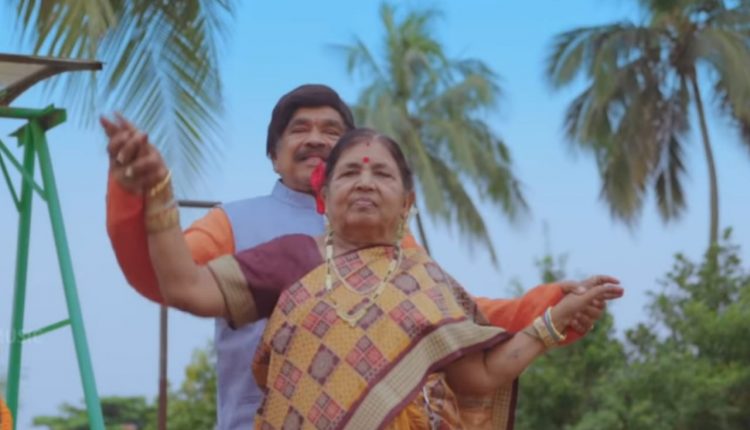 Bhubaneswar: Jatani MLA and veteran Congress leader Suresh Kumar Routray had turned rapper in his debut Odia song ‘Rangabati’. He is back with a new video ‘To Premare Padigali Ki’ and can be seen romancing real-life partner Maani.

The music video recently on YouTube on October 29 under the banner of Armaan Music has garnered nearly 2.3 lakh views, 23,000 likes and over 1500 comments so far.

Bollywood singer Abhijeet Bhattacharya and Jyotirmayee Nayak have lent voice to the romantic track penned by Tapu Nayak. The song has been composed by music director Japani. Bibek Kumar has directed the music video in which Mrs and Mr Sura Routray can be seen confessing their love for each other and shaking a leg.

Speaking to the media, the MLA said that his ‘Rangabati’ song was well received. “This song is about loving one’s wife. It is about the affectionate relationship that a couple shares,” he said.

Elaborating on the storyline, Routray said that he bumps into his wife at the ‘puja’ room of the house and is awestruck by her beauty. “It reminded me of our wedding day when I was filled with the same excitement on seeing her. My mother had picked her as my bride, so I would like to thank her for choosing her to be my life partner. I owe my success to her,” he added.

The music director said that this is a beautiful concept about falling in love with your wife again. “People will love this experience,” he added.

Craze Or Conspiracy? PM Modi’s Hug With The Pope Kicks Up A Storm