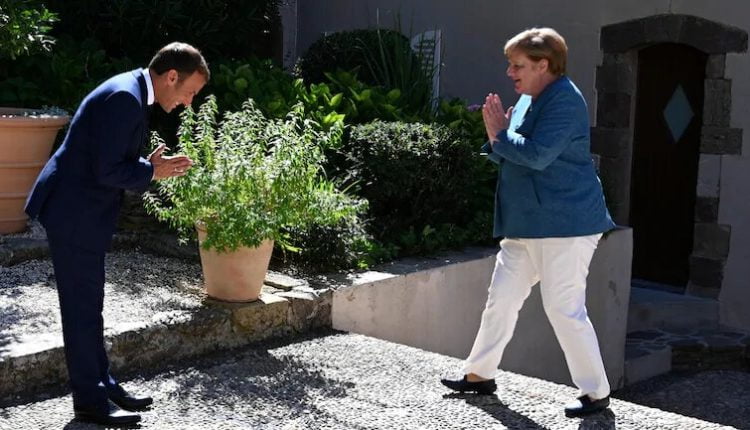 Paris: The Indian style of greeting with a ‘Namaste’ has found global acceptance in times of COVID-19 when a western-style handshake can prove to be fatal.

French President Emmanuel Macron and German Chancellor Angela Merkel were seen greeting each other with a ‘Namaste’ at the former’s Mediterranean holiday retreat on Thursday.

📸:When Emmanuel Macron, President of France and Angela Merkel, Chancellor of Germany greet each other with Namastepic.twitter.com/jHUhW2CfPY

Earlier in March too, the French president had greeted Spain’s king and queen with a ‘Namaste’.

The video of Emmanuel Macron and Angela Merkel going the Indian way has gone viral on social media.

With hand hygiene emerging as the most crucial preventive measure against the spread of coronavirus, Prime Minister Narendra Modi had promoted the Namaste. The PM said the world was increasingly adopting the no-contact way of greeting, reported India Today.

Who else has done Namaste?

Remove Age Bar For Disabled, Include All Categories For…