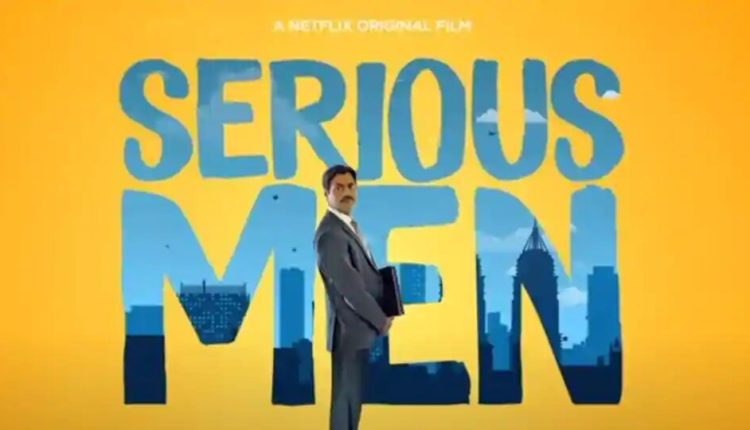 The teaser of actor Nawazuddin Siddiqui’s Netflix original, ‘Serious Men’ has been released. Going by the 30-second clip, it is going to yet another gripping tale from the Nawaz stable.

Netflix will premiere the film on October 2. Based on the novel by Manu Joseph, ‘Serious Men’ is directed by Sudhir Mishra and written by Bhavesh Mandalia, reported Hindustan Times (HT).

The film is about an ambitious underachiever, tormented with his underprivileged societal status who plans to encash his son’s newfound fame as a boy-genius to improve his family’s fortunes. It also features Aakshath Das, Shweta Basu Prasad and Nassar, and newcomer Indira Tiwari, HT reported.

“This is my third project with Netflix and returning to the streaming service always feels like homecoming. I am excited about this film as I waited almost 20 years to work with Sudhir Mishra. It’s a dream come true. I can’t wait for the audience to watch Serious Men and join this journey with me, this Gandhi Jayanti,” HT quoted Nawaz as saying in a press statement.

Here is what Nawazuddin tweeted earlier this month, in Hindi, “In the year 2000, when the film Calcutta Mail was being shot, an assistant director promised to introduce me to the film’s director, Sudhir Mishra. He told me, ‘Come to the set but come close only when I raise my hand.’ As promised, I reached the set and waited in the crowd, waiting for the assistant director to raise his hand so I could rush to meet Mishra ji. After around an hour, the assistant director raised his hand and I swiftly navigated my way through the crowd and reached his chair. Mishra ji was sitting right next to him. The assistant director saw me and asked, ‘What is it?’ I replied, ‘You raised your hand, so I came.’ He said, ‘I raised my hand to scratch myself, go back and come only when I raise my hand.”

“They all got busy with the shoot and like every day, I dissolved into the Mumbai crowd, thinking that he scratched his itch but left my dream of working with Sudhir Mishra unfulfilled. That dream came true 20 years later… #SeriousMen,” he wrote.