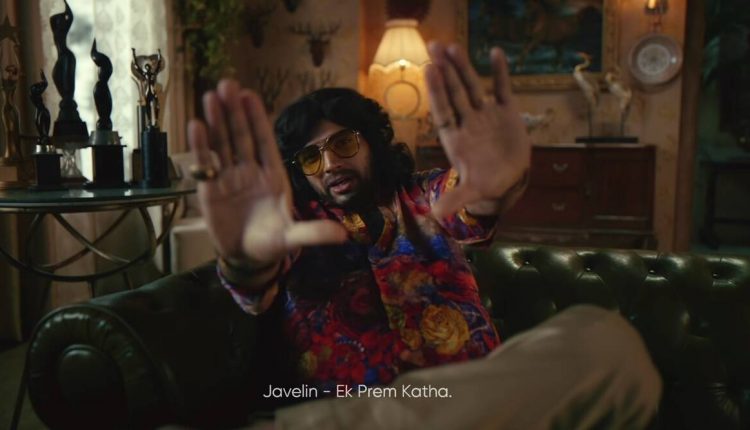 New Delhi: Neeraj Chopra, who hit the bull’s eye at the Tokyo Olympics with his remarkable javelin throw feat and won the nation’s heart, has done it again. This time with his acting skills.

The youngster has become a youth icon and people are obsessed with him. Fintech company Cred came out with an advertisement with the athlete starring in it and social media has gone berserk. His acting skills have left everyone amazed.

In the ad by Cred. the Olympian appeared in different avatars of a marketing honcho, a youth trying to buy a javelin, a journalist and also a movie producer.  The commercial delves into India’s hysteria and excitement buzzing around Indian sport’s newly minted Olympic champion. What follows is the POV of Chopra, with the javelin thrower playing several characters. He is a brand manager in a boardroom meeting discussing SEO-friendly taglines. A reporter with a goatee asking personal questions. A moustachioed cashier apprising him of the day’s gold rate. A filmmaker planning biopics. And a wannabe javelin thrower.

“We were very worried because Neeraj Chopra seemed to be a little shy. But we met him and he was game about it,” Ayappa KM, director of the commercial for credit card aggregator Cred, told The Indian Express. Earlier, Ayappa had been behind the camera for former India captain Rahul Dravid’s ‘Indiranagar ka Gunda’ turn.

“Neeraj was the opposite of Dravid. Sometimes he would just break down in the middle of a line laughing. He just wanted to have fun, he was chilling and having a great time,” Ayappa shared.

After the release of the advertisement, desi Twitter was obviously in a tizzy and were in awe of the athlete who could also act so well.

“I just can’t believe it, Neeraj, is that you?” said a user. Another user commented, “Super se bhi bohot upar.”