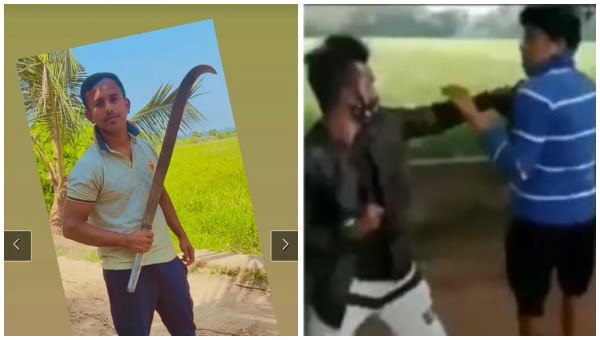 Puri: After Koi Bhai Nahi (KBN) gang in Bhubaneswar and ‘Public Sandha’ and ‘Amania Bagha’ in Cuttack, another video of a group of youths beating up a boy in Puri has gone viral.

In the video, the youths can be seen thrashing a boy but they are not audible. A photo of a youth brandishing a sword has also gone viral.

“We are investigating the matter based on evidence. Four to five videos of some teenagers have emerged and those are being investigated. Action will be taken wherever anti-social elements or any illegality is found. We have already started an anti-social drive and such activities will not be allowed in Puri town,” said Puri SP Kanwar Vishal Singh.

The SP said that he would request the youngsters to focus on their education and work for the progress of society.

It may be noted here that Malgodown police in Cuttack had picked six persons, including a girl, for questioning after a video showing youths holding weapons and mouthing foul language went viral recently.

While the video was uploaded on Instagram under the name ‘Public Sandha’, another video with the name ‘Amania Bagha’ also came into circulation.

In Bhubaneswar, KBN gang hogged the crime spotlight after its video of over two dozen members brandishing sharp weapons and a gun, driving an SUV and dancing on the middle of the roads went viral.

Several members of the group have been arrested and sent to jail custody.

Rain To Lash Cuttack & Bhubaneswar For Next 3 Hours