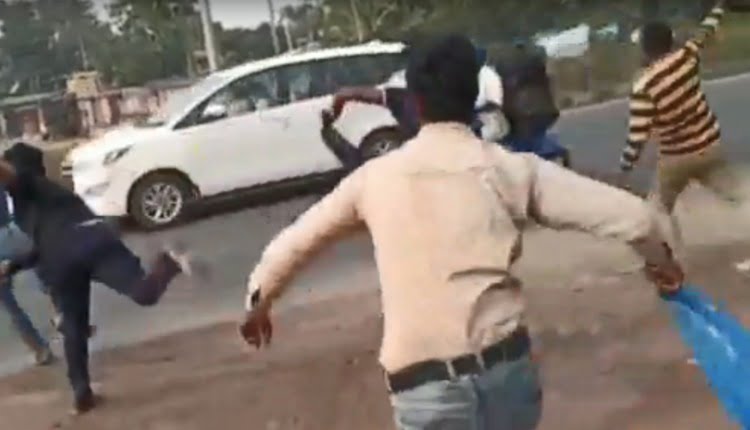 The Chief Minister also distributed smart health cards under the Biju Swasthya Kalyan Yojana (BSKY) in Balasore and inaugurated it through virtual mode in Bhadrak.

Ahead of the Chief Minister’s visit to Balasore during the day, the district administration and police had virtually shut down several routes to avert protests by the opposition parties.

The steps were taken after egg attack on the CM’s vehicle in Puri.  Tight security arrangements were made under the supervision of Eastern Zone Police Superintendent Himanshu Lal. Balasore SP Sudhanshu Shekhar Parida, Additional SP, 13 DSPs and 25 platoon security forces were on duty to prevent protests.

Protesting the tight security and accusing the government of  causing inconvenience to the the public, Congress and BJP marched to the routes that the CM’s carcade was to pass by and showed black flags besides raising slogans.

Some local leaders led by BJP youth wing state vice-president Manas Kumar Dutt, marched to the ADM Chowk where they engaged in a scuffle with police when they were prevented from entering the restricted zone.

Despite the security arrangements Congress workers hurled eggs at Minister Sudam Marndi’s vehicle near Sergarh while he was on his way to Nilagiri from Balasore.

Other incidents like a woman BJP protestor being stopped by an alleged BJD worker and a photo journalist not allowed to carry  black bag to the venue were reported on the day.

Rs 900 crore for mega pipeline project in 6 blocks. Nearly 6.5 lakh people in 660 villages will benefit from the project.

Wholesale fish market to come up at Basta on 20 acre land at an estimated cost of Rs 50 crore.

A 300-bed hospital to be built in Bhadrak