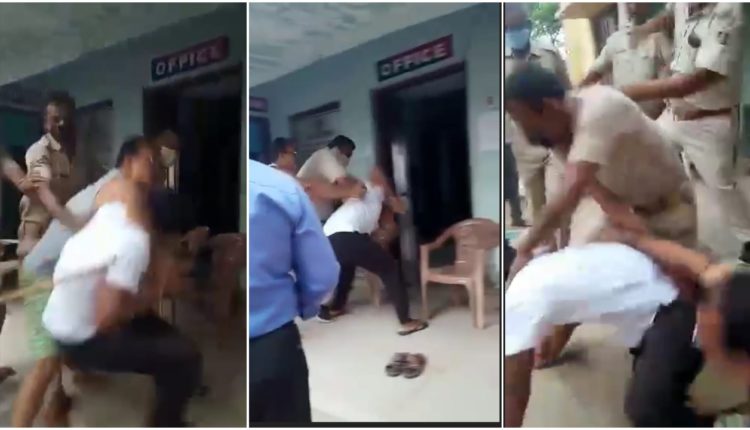 Bhadrak: A video of five to six policemen thrashing a youth, who was detained for not wearing a mask, at Aradi outpost in Odisha’s Bhadrak district has gone viral.

According to sources, Subharanjan Mekap of Betali village was found without a mask while visiting a temple on April 10. Following which, he was detained by police.

The policemen lost their cool when Subharanjan started recording the discussion between his family members and the cops. If sources are to be believed, he was later arrested on an attempt to murder charges.

Ironically, the policemen were also seen not wearing the masks properly.

Bhadrak Policemen detained, Thrashed youth Black and Blue for not wearing #mask while visiting #Temple
Seems they are good in implementing #COVID19 protocol
They need to be send to #Haridwar #KumbhMela and #WestBengalPolls @odisha_police #Odisha #KumbhMela2021 #HaridwarKumbh2021 pic.twitter.com/ywokHvy16j

The district police have been creating awareness about wearing mask amid the 14-day Mask Abhiyan, announced by Chief Minister Naveen Patnaik, and distributing them among people.