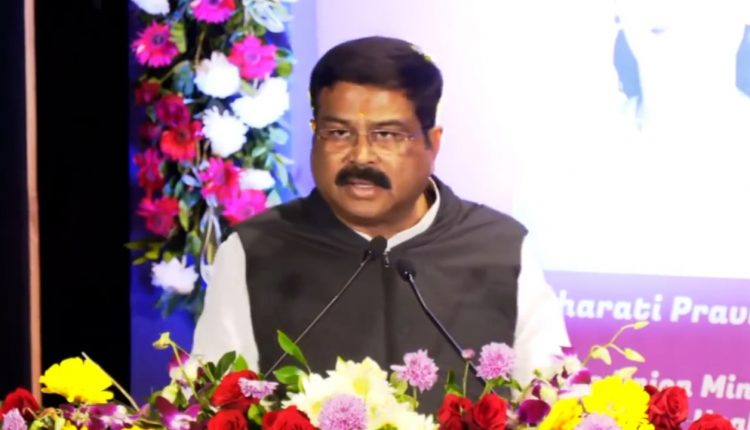 Bhubaneswar: With 2024 Lok Sabha and Odisha Assembly elections drawing closer, a major topic of discussion is now about the next move of Union Minister Dharmendra Pradhan.

Amid talks about the likelihood of early polls, Dharmendra has reportedly shown his inclination to fight the election this time. In an interview to the New Indian Express, the senior BJP leader has said he will contest the next elections.

However, the Union Minister has not yet made it clear whether he wants to be a candidate for Lok Sabha or state Assembly polls. The constituency from where he will contest has also become a major subject of discussion in political circles as the senior BJP leader is yet to make it open.

As per an assessment made by political analysts, Dharmendra is likely to choose Dhenkanal constituency if he contests Lok Sabha election. In that case, the senior leader cannot be considered as the chief ministerial face of BJP.

Similarly, if Dharmendra contest Assembly polls, the probable constituencies for him can be Parjang, Talcher or Pallahada.

Dharmendra, who had jumped into the poll fray as a BJP candidate from Pallahada Assembly constituency in the year 2000, had defeated his nearest Congress nominee by 9,879 votes. In 2004, he was elected to Lok Sabha from Deogarh parliamentary constituency.

However, the BJP leader was defeated by BJD candidate in the Assembly election to Pallahada constituency in the elections held in 2009. BJD and BJP, which shared power in Odisha for 9 years since 2000, had parted ways ahead of the 2009 elections.

After his poll debacle in 2009, Dharmendra was elected to Rajya Sabha from Bihar in 2012. He was again sent to the upper house of Parliament in 2018 from the BJP-ruled Madhya Pradesh. Dharmendra, who is now Education and Skill Development Minister in Narendra Modi government at the Centre, was earlier holding key ministries like Petroleum and Steel.

Being the main opposition party in Odisha, BJP is framing a strategy for the 2024 polls with an aim to form government in the state by ousting Naveen Patnaik-led BJD. However, the saffron party is yet to project any leader as its chief ministerial face in Odisha. Dharmendra had earlier stated that BJP has many leaders with potential to counter Naveen.

Ahead of the next elections, there are speculations about BJP’s chief ministerial face if Dharmendra opts for Lok Sabha. Several observers are even speculating about the likelihood of Dharmendra contesting both Lok Sabha and Assembly polls.