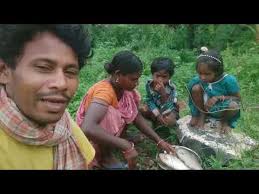 Isak hails from Sambalpur district and from a marginally poor background. His YouTube Channel ‘Isak Munda Eating’ is about food eating, food vlogs, and food eating challenges. Various other YouTubers were also seen coming out in support of Isak.

He has mentioned in one of his videos that he is in possession of a keypad phone and borrows the smartphone from his neighbour to shoot videos for his channel.

With the video going viral, his channel also saw a huge surge in the number of subscribers in just two days to 179K. He uploaded his first video on March 26, 2020.

Viewers and subscribers have applauded his videos and some have stepped in to help him too. One user commented, “He gives us lots of hidden messages….want to try eating like him….gives us good appetite….like a primitive man…May God bless him and his family…”

Another user raised some concerns, “Definitely someone getting money from this videos, how it is possible to write thumbnails in English even in Hindi is not possible, plz help them who can reach there, without bank account they will not get money from youtube.”