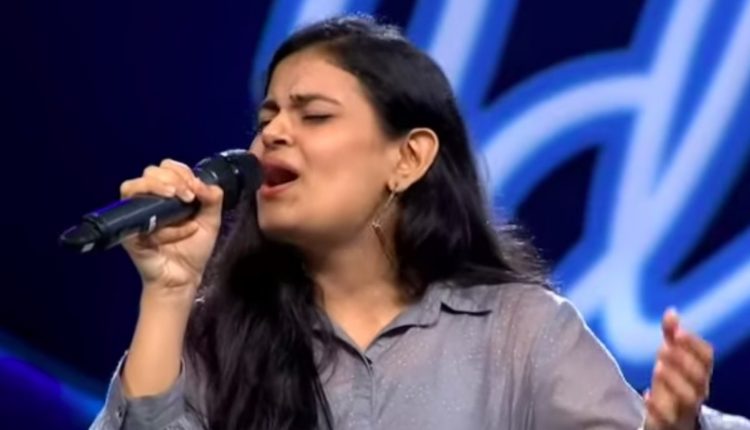 Bhubaneswar: Indian Idol Junior Season 2 winner Ananya Sritam Nanda was back on Indian Idol, this time as a senior contestant, and impressed the judges with her fabulous rendition of AR Rehman’s ‘Hai Rama Yeh Kya Hua’ from the movie, Rangeela.

Her audition round in Indian Idol Season 13 was aired on Sunday.

After greeting judges Neha Kakkar, Vishal Dadlani and Himesh Reshammiya, Ananya said that she was a huge fan of Arijit Singh and somehow wants him to hear her sing.

As she performed, Vishal Dadlani was seen recording the performance and he promised to send it to Arijit.

Notably, Ananya made her Bollywood debut as a playback singer with M.S. Dhoni: The Untold Story and has been regularly singing in the Ollywood industry since winning the India Idol Junior crown.

Besides Ananya, Sonakshi Kar of Odisha also returned to the reality show and mesmerized the judges with her sweet rendition of a Lata Mangeshkar classic, ‘Rahe Na Rahe Hum’, from the film Mamta.

In Saturday’s episode, Prabhupada Mohanty, a native of Odisha’s Balasore, had won a golden ticket. Prabhupada was the winner of  Sa Re Ga Ma Pa L’il Champs season 1, was among the top 12 contestants in season 5 of the same show, has participated in many Odia singing reality shows, and has done playback for several Odia songs.