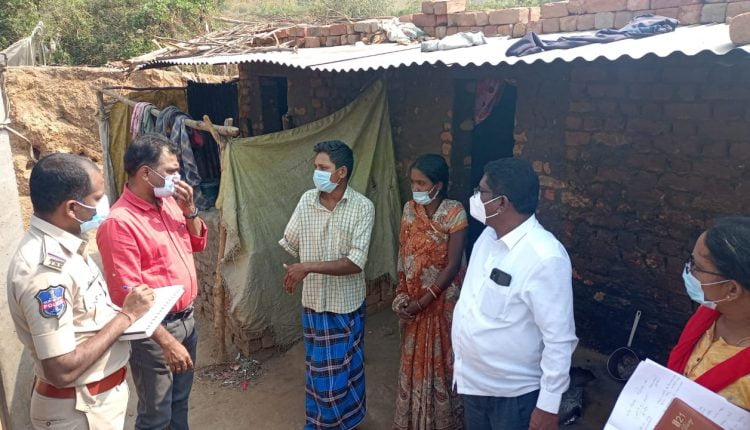 Bargarh: Twitter girl from the district, Deepa Barik, has once again come to the rescue of migrant workers facing harassment at the hands of their employer in a brick kiln in Telangana.

The couple, Laxman Kunbhar and his wife Hemakanti of Bilashpur village under Paikamal block, had gone to work in a brick kiln in Peddapali area in Telangana some time back. The kiln owner used to exploit them by depriving them of food and severely beating them up.

Unable to bear the torture, Laxman attempted to commit suicide by jumping from a transformer. However, he was rescued in a critical condition and rushed to a local hospital where he was undergoing treatment.

But the exploitation did not stop here as the kiln owner reached the hospital and forcibly took away Laxman on February 2. Hemakanti managed to inform her mother-in-law over phone about their plight and sought help.

She tagged Telangana police and DGP on Twitter and Minister K Taraka Rama Rao responded to her pleas. The minister issued instructions to the district collector and DCP to take steps to rescue the couple and send them back to Odisha.

We will take care and send them home safely@KTRoffice please work with @Collector_PDPL and local DCP to trace and help send them to Orissa asap https://t.co/uvax3Azvle

Following the minister’s direction, the local police and Peddapali administration rescued Laxman and Hemakanti and boarded them on a train to their home district, said Deepa.

The couple was part of the big group of labourers who had gone to Peddapalli last year to work in the kiln there. However, the work place turned out to be a hell for them and 23 workers were rescued in October last year with the help of Deepa’s Tweets.

Deepa, belonging to Temari village under Paikamal block, is known for her tweets drawing the attention of the government to people’s plight, earning her the title ‘Twitter Girl’.

So far, Deepa has been able to solve over 3,000 grievances of villagers in Odisha’s poor districts through her tweets.