Watch Out Odisha: Cyclonic System Over Bay Of Bengal Around May 23! 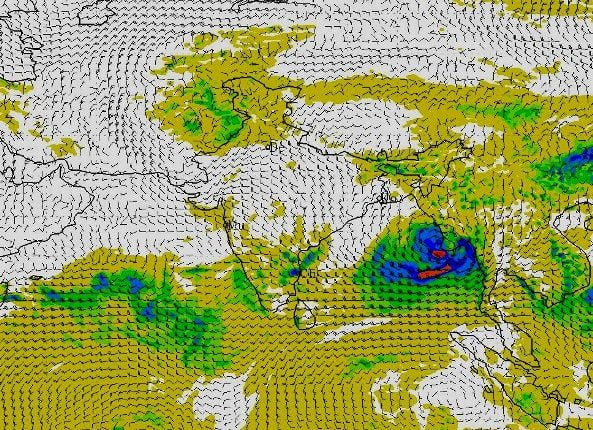 Bhubaneswar: Even as Cyclone Tauktae continued to ravage the west coast of India on Tuesday, the India Meteorological Department (IMD) has warned that there is an indication of the formation of a cyclonic system over Bay of Bengal around May 23.

The Secretary of Earth Sciences Ministry, Madhavan Nair Rajeevan, also confirmed this in a Twitter post on Tuesday.

Hearty Congrats to @Indiametdept for a perfect forecast of Tauktae, its track & landfall location, time & intensity

Early indication of another system over Bay of Bengal around 23 May! Watch. pic.twitter.com/Hoo8n1f5JR

However, the Cyclone Centre head of the Meteorological Centre, Bhubaneswar, Rajendra Jenamani, told the media that there is no confirmation about the formation of the system till date. But there is a possibility that a cyclonic circulation is likely to form over central Bay of Bengal, he added.

“We had a telephonic conversation with the IMD DG, Mrutyunjay Mohapatra, on Monday about the possible formation of the cyclonic system and he said that a clear picture will emerge on Wednesday,” Jenamani informed.

Asked whether the landfall of the cyclone will occur along the Odisha coast, he said it cannot be said right now. “We will be able to tell the direction of the cyclonic storm only after the formation of the system. But it is certain that there will be depression over the Central Bay of Bengal. Under its influence, north coastal districts will receive heavy rainfall,” he clarified.