IndiaEntertainment
By OB Bureau On Dec 7, 2021 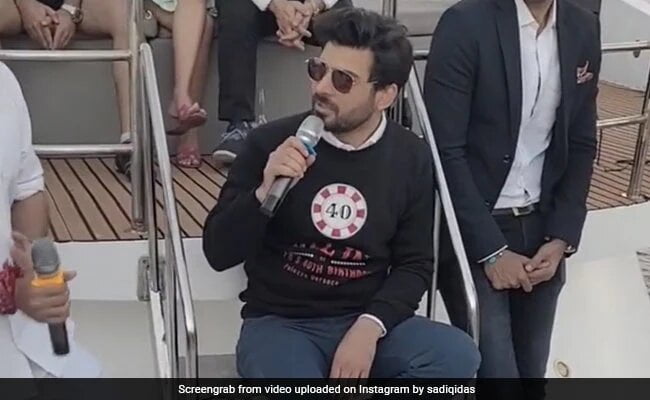 New Delhi: The heartthrob of many, Pakistani actor Fawad Khan rang in his 40th birthday in a yacht in Dubai amid friends crooning to a Kishore Kumar song.

Another video has former Strings singer Faisal Kapadia singing the birthday song for Fawad as others join in.
The guests danced to popular Bollywood numbers including ‘Ghungroo’ from ‘War’.

Fawad refrains from posting anything about his personal life on social media. The videos were posted by guests who attended the bash.