Murmu had on Thursday met Modi, Shah, Singh and Nadda in the national capital. “I thank all and seek cooperation from everyone for the Presidential election. I will meet all voters (lawmakers) and seek their support before July 18,” she had said in a brief statement.

As directed by BJD president and Odisha Chief Minister Naveen Patnaik, BJD ministers Jagannath Saraka and Tukuni Sahu too were present at Parliament House, representing the party at the nomination filing. They are also proposers from the BJD for the candidature of Murmu and signed her nomination papers on Thursday.

#WATCH | Prime Minister Narendra Modi arrives at the Parliament ahead of the filing of nomination by NDA's Presidential election candidate Droupadi Murmu pic.twitter.com/3T3ZBBNV29 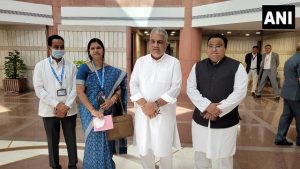 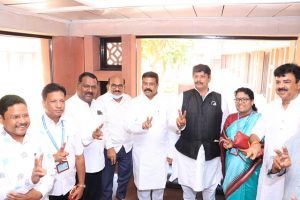 When Odisha’s Pattachitra Travelled To France And Denmark