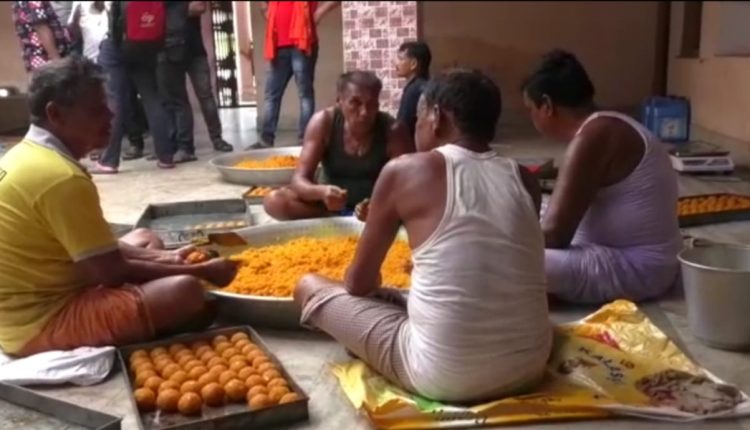 Baripada: With Droupadi Murmu most expected to be announced next President of India after the end of ongoing counting of votes on Thursday, the people of her native place in Odisha’s Mayurbhanj district have geared up for celebration.

Murmu’s birthplace, in-law’s village, Rairangpur Assembly constituency and district headquarters town Baripada have been decked up with festoons, banners and colourful gates to celebrate after her election is officially announced.

Murmu, who belongs to a tribal community of Mayrubhanj, had started her political career from Rairangpur. Rising from grassroots level politics, she went on to become MLA and Jharkhand governor.

In order to celebrate the occasion of Murmu’s election to the highest constitutional post of the country, the people of Rairangpur have prepared 20,000 ladoos for distribution among the participants.

Murmu has been contesting the election as NDA candidate against opposition parties’ Yashwant Sinha. The counting of votes in the election is going on and the results will be uploaded on the Rajya Sabha website.  The new President will take oath on July 25.

India To Get Its 15th President Today; Did Another Odisha Cong MLA Vote For Droupadi Murmu?