BollywoodEntertainment
By OB Bureau On Aug 18, 2020 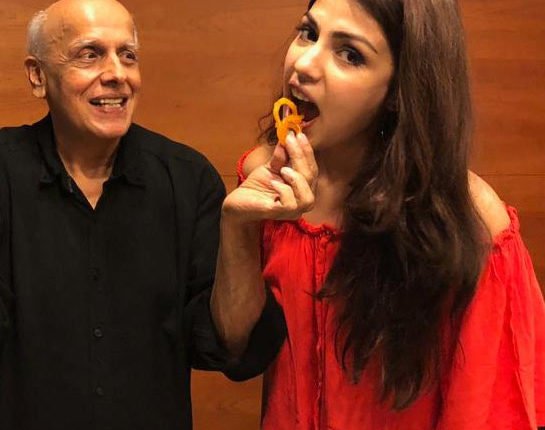 Mumbai: An old interview of actress Rhea Chakraborty, an accused in the Sushant Singh Rajput case, and filmmaker Mahesh Bhatt has gone viral on social media.

In the interview to Good Times, Rhea stated that for her love means to kill one’s partner after dating him for a year.

The actress then confessed that her perspective of love changed completely after doing Mahesh Bhatt’s ‘Jalebi’. “I think a lot has changed post the shooting of Jalebi. My definition of love was something else,” she said.

And what was her earlier perspective of love? “It was what it is for everybody. Like going on a date, like doing those romantic things and this and that and then getting done with it. Then getting to a point after year and half where you want to kill each other and change each other. The whole circle.

“But now I think it is really different. I think I have a very different perspective of love, it’s more evolved, it’s more deep, it’s more real, it’s more raw and that also means I am possibly going to stay single for the rest of my life,” she confessed.

Post Sushant’s demise, Bhatt said he had already predicted about the actor’s suicide as he felt that Sushant was behaving like late actress Parveen Babi.

Reports were also doing the rounds that Bhatt had asked Rhea to stay away from Sushant because of the actor’s deteriorating mental health.

It was also reported that Rhea used to approach Bhatt for help during troubled times.

What are you're views on this?