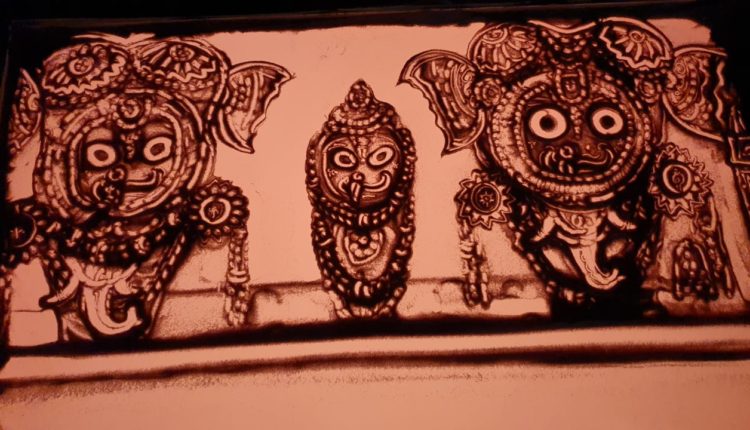 Puri: Bringing Lord Jagannath closer to his devotees on the eve of Snana Purnima, artist Manas Kumar Sahoo has released a 2.50 minutes animated sand art film based on the grand bathing ritual.

In the film, he depicts the bathing rituals of Lord Balabhadra, Devi Subhadra and Lord Jagannath, on the Snana Mandap, the Pahandi Bije and Chhera Pahanra (ritualistic sweeping of the floor) by the Puri Gajapati.

He also beautifully captures the Lord’s Hathi Besha (Elephant Attire) for the devotees.