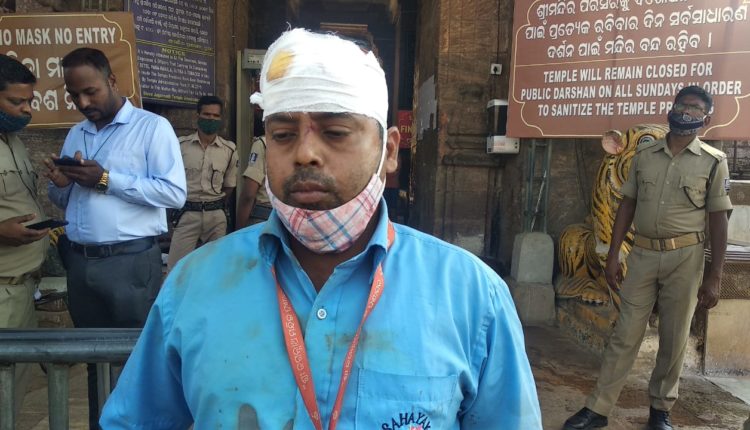 Puri: A face-off between two servitors in Jagannath Temple here turned ugly on Monday with one among them sustaining head injuries in the alleged attack.

The injured has been identified as Damodar Gochhikar, a Jatri Sahayak (servitor engaged to assist devotees inside the temple).

Damodar told the media that the incident took place when he asked Suara servitor Ramakrushna Khuntia to enter the shrine from Aswadwara (southern gate) instead of ‘Hastidwara’ (northern gate) as directed by the Shree Jagannath Temple Administration (SJTA). “I found him at the northern gate with a kudua (clay pot) this morning. The administration has asked the servitors to bring kudua and other groceries from the southern gate. When I stopped him, he hurled abuses at me and then hit me on the head with the pot,” he said.

The injured servitor was rushed to the Puri district headquarters hospital and discharged after preliminary treatment.

Ramakrushna has been detained and is being interrogated by Singhadwar police, sources added.

No Laser Scanning In ‘Garba Gruha’ Of Puri…