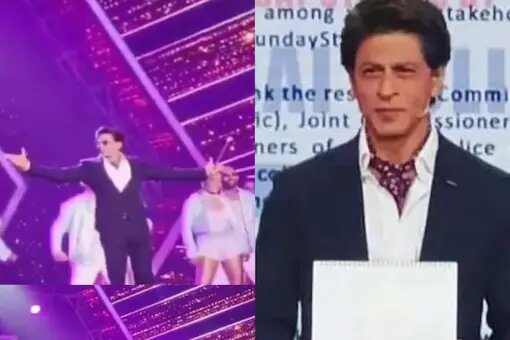 New Delhi: Shah Rukh Khan set the stage on fire at Umang 2022 with Shehnaaz Gill and how! In a way, he marked his 30 years in Bollywood. He proved once again that despite the presence of younger stars in the industry, he still rules the hearts of the audiences.

Umang is an annual charity show organised by the Mumbai Police. Every year, Bollywood celebrities performed to entertain the police force and showed their appreciation and gratitude for their service.

Shah Rukh Khan performed live stage after a very long time. A video of the actor performing on his iconic song “I Am The Best” from the film Phir Bhi Dil Hai Hindustani has emerged on social media from the event. Indeed, he is the best!

Fans rejoiced watching Shah Rukh perform on stage after a very long time. One fan wrote: “Seeing you on the stage, with all that charm and magic that you do, dancing, joking around, it’ll give me LIFE not kidding.” Another one tweeted: “King’s performance at Umang 2022.”

‘Why Are You Not In School?’ Odisha’s Education Minister Confronts Teachers At Pipili Toll Plaza; Check What Followed