‘Why Are You Not In School?’ Odisha’s Education Minister Confronts Teachers At Pipili Toll Plaza; Check What Followed 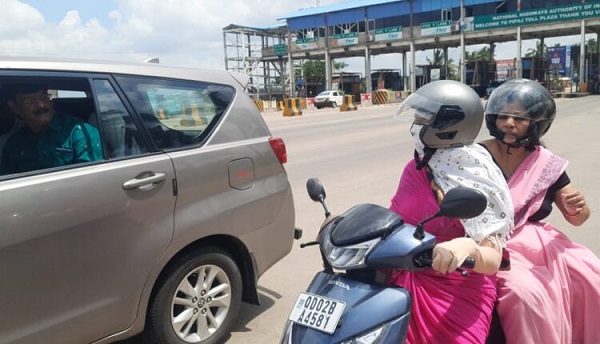 Days after ordering withholding the salary of the Headmistress of a school in Balasore district, the minister on Monday ordered action against eight more teachers. This time, teachers at a school in Nimapada in Puri district were in the line of fire.

According to reports, the minister, on way to Nimapada in an SUV to inspect schools, spotted two women teachers on a scooter near the Pipili toll plaza at around 10.20 am.

Dash has been touring schools as part of a new ‘T’ (Tour) being added to Chief Minister Naveen Patnaik’s 5T model of governance. Naveen has urged his new Council of Ministers to extensively tour the state while discharging their duties.

Asked by the minister as to why they were not in school yet, the teachers could not give a satisfactory reply.

Dash then reached the Jagannathpur UP School, where the two teachers work.

The students were roaming on the school premises instead of being in classes. Besides, the teachers were chatting with each other in the school office.

An angry Dash issued a showcause notice to eight teachers of the school. He also directed the Puri DEO and Pipili BEO to stop the disbursement of salary of the teachers.

On June 25, Dash had ordered withholding the salary of the Headmistress of Mahaveer Nodal School at Mathasahi in Balasore district after Class 3 students failed to recite the multiplication table of 3 during his visit to the school.

Dash held both the class teacher and the Headmistress responsible for the sorry state of affairs and ordered the DEO to serve a showcause notice to the Headmistress and withhold her salary till the children are able to recite multiplication tables from 2 to 15.