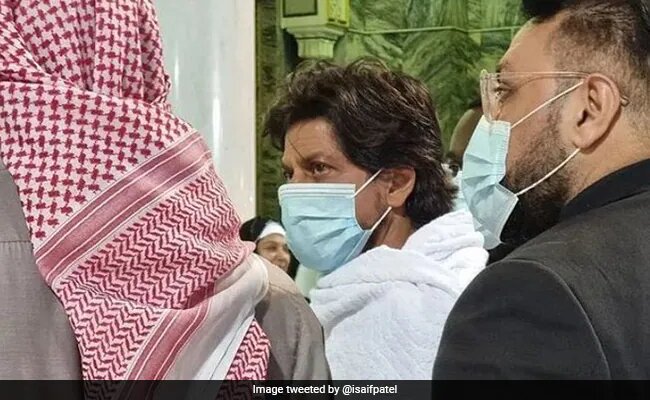 New Delhi: Shah Rukh Khan was spotted in the holy city of Mecca after he announced the Saudi Arabia wrap of ‘Dunki.’ Several pictures of the superstar are going viral on the Internet that show him in a white ensemble and a mask performing Umrah (an Islamic pilgrimage to Mecca). He can be seen surrounded by people. The official Twitter account of Shah Rukh’s fan club shared a picture and video and captioned the post as “[Pics]: King #ShahRukhKhan performing Umrah at Makka Sharif.” Soon after the post was shared, his fans flooded the comment section. A user wrote, “Mashallah mashaallah may Allah accept each of ur dua… inshallah,” while others wrote, “Mashallah (beautiful).”

On Wednesday, Shah Rukh Khan dropped a video on his Instagram handle announcing a schedule wrap in Saudi Arabia. In the video, he can be heard saying, “There is nothing more satisfying than completing a shooting schedule as is with Dunki here in Saudi. So I want to thank Raju sir and rest of the cast for making it look so lovely. Special thanks to the Ministry of Culture and Films here in Saudi for giving us such spectacular locations, amazing arrangements and the warm hospitality. So, a very big Shukran (Thank you) to all. On to the red sea festival.”