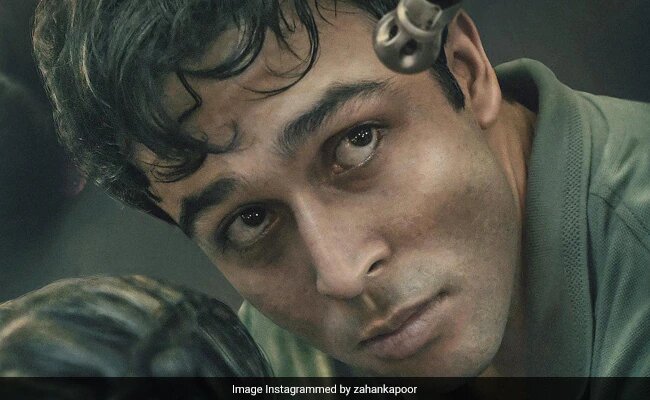 New Delhi: Zahan, the son of Kunal Kapoor and Shashi Kapoor’s grandson, and Aditya Rawal, the son of actor Paresh Rawal are all set to make their debut with Hansal Mehta’s Faraaz. The film will hit the theatres on February 3. Zahan plays the titular role in the film. The film is based on the 2016 terror attack at a cafe in Dhaka. Zahan, at the time of sharing the trailer, wrote, “Humbled to play Faraaz: an untold story of a boy who stood up against hate and terrorism with humanity and friendship.”

Zahan also shared the film’s poster on Instagram and wrote, “To face your fears is one thing. To face your own faith, wielding weapons of terror is something else entirely. What we do in those moments will define us forever.” One of the first to drop a comment under the post was his cousin, actress Karisma Kapoor. She dropped fire, clap and raising hands emojis. Navya Naveli Nanda left a red heart.

Earlier, during an interview, Hansal Mehta told news agency PTI, “Both Zahan and Aditya have been selected on the basis of their talent and potential. The characters they play are very intricate and I’m sure the audience will love them too.”

[Watch] From Football To Food Delivery Agent; What Went Wrong In This Player’s Life?