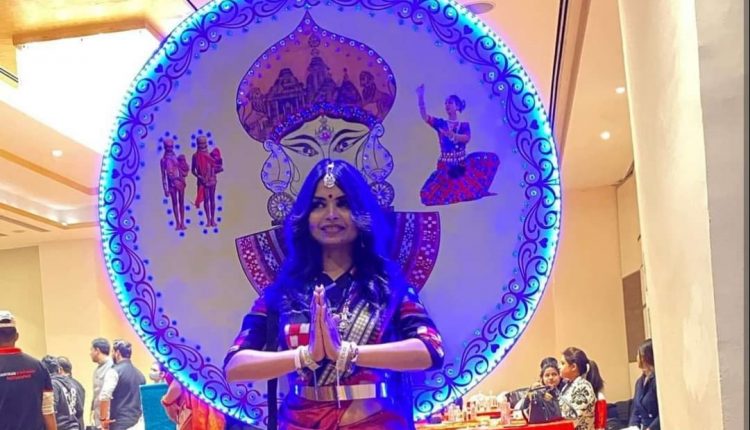 Bhubaneswar: Representing the culture of Odisha through her attire and prop, Odia woman Anasuya Pradhan—a native of Jajpur—won the subtitle of ‘Mrs India Earth Royal Beauty’ at a national-level beauty pageant in New Delhi.

Competing against over 1,000 applicants, Anasuya—who is married to an IIT Roorkee professor—had made it to the top 8 finalists after 20 rounds of Mrs India Earth-2021.

Mother of a 3-year-old, Anasuya had designed her attire and prop in such a manner that every inch of it showcased Odisha’s culture and heritage. She paired a Sambalpuri silk saree with a Pasapalli blouse. To give the audience a glimpse of the intricate craftsmanship of Odia artisans, she adorned herself with silver filigree ornaments.

The prop was styled as mother earth, comprising elements from Odisha’s culture. For instance, the ‘bindi’ on the prop’s forehead represented a replica of Dhauli temple and the earrings depicted the wheels of Sun Temple in Konark.

“The confluence of Odisha’s culture, tradition, classical dance, majestic monuments, eco-friendly handloom and our way of life have together given birth to an appealing woman, ornamenting her in their own incredible way. That’s what I represented at the contest. I utilized the platform to create awareness about the need to preserve our mother earth, keeping our traditions intact,” said Anasuya, who also works as a senior content developer in a Mumbai-based company.

She has also authored a book, “The seasons of love: A Journey from no-where to now-here”, and contributed to more than 30 national and international anthologies.