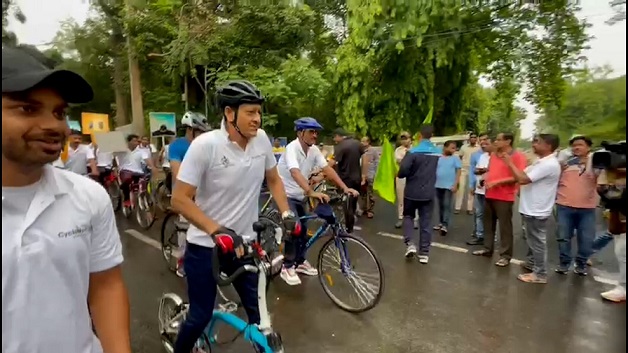 Earlier in the morning, a cyclothon was organised to create awareness on road safety. Jury members and actors Sidhanta Mohapatra and Kuna Tripathy took part in the cyclothon.

Citizens of Rourkela along with Sidhanta Mohapatra and Kuna Tripathy cycled for 17 km to spread awareness about road safety.

The National Road Safety Short Film Festival 2022 has received 230 entries from across the country.

Filmmakers, amateur film enthusiasts and students have submitted entries in the form of documentary, experimental, narrative, fiction, non-fiction and animation format. There are entries in many non-Odia languages including Hindi, Telugu, Malayalam and English on various aspects of road safety.

Besides Odia language, there are quite a few entries in Santhali language as well from tribal belts of the state.

The festival will culminate in Puri where shortlisted movies will be screened on June 24-25.

The contest is organised by the State Transport Authority (STA).