[Watch] Speed Painting Of Lords By Puri Artist On Shivratri 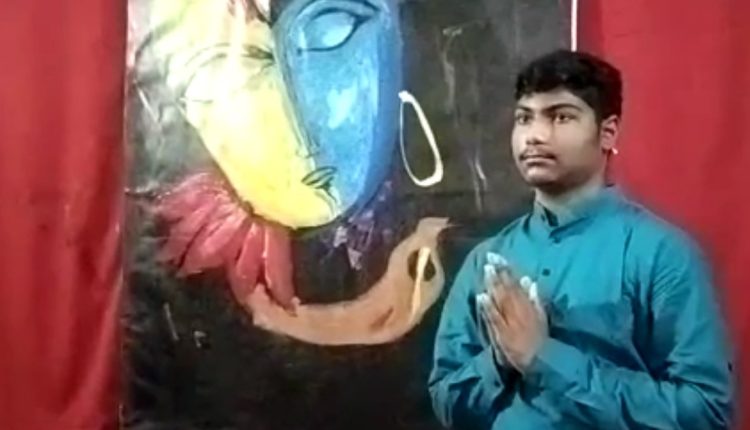 Puri: Well-known artist Ayush Mohapatra on Tuesday drew the portraits of Lords through speed painting in the town on the occasion of Maha Shivratri.

Ayush of Baseli Sahi in the town drew the portraits of Lord Shiva and Devi Parvati with both hands during the speed painting. He completed the the joint painting in 7 minutes.

The young artist, who is a student of Class VIII in Bholanath Vidyapeeth, has entered his name in India Book Of Records in speed painting. He has also won several awards at state and national levels in reverse painting.

On his future plan, Ayush said he wanted to participate in international speed painting and reverse painting competitions to showcase his talent. He also wants to participate in reality shows so that he would earn accolades for Odisha.

Miniature Artist Of Berhampur Breaks Own Records With New Idols

‘Fearless’ Shilpa Shetty Ready With Her Next Film