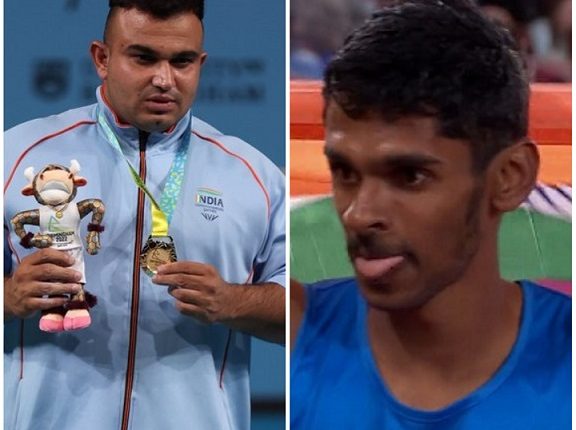 India’s Sudhir also won the gold medal in the men’s heavyweight para powerlifting. He lifted 208 kg in his first attempt and then 212 kg in his second lift clinching India’s seventh gold medal at the Games.

M. Sreeshankar's Silver medal at the CWG is a special one. It is after decades that India has won a medal in Men’s long jump at the CWG. His performance augurs well for the future of Indian athletics. Congratulations to him. May he keep excelling in the times to come. pic.twitter.com/q6HO39JHy8

Congratulations to Sreeshankar for winning silver in long jump at #CommonweathGames. Your long leap has brought India’s first ever medal for this event in Commonwealth Games. This pathbreaking achievement will inspire countless Indians, especially the youth.

His spirited performance has brought glory to 🇮🇳.

Best wishes for future endeavours. May you continue to achieve new heights of success in times to come. pic.twitter.com/lttuaQuUWa

Asian Para-Games Bronze medalist, #Sudhir wins 🇮🇳's 1st ever GOLD🥇 medal in Para-Powerlifting at #CommonwealthGames with a Games Record to his name 💪💪

Sudhir wins his maiden 🥇 in Men's Heavyweight with 134.5 points (GR) at CWG#Cheer4India
1/1 pic.twitter.com/cBasuHichz