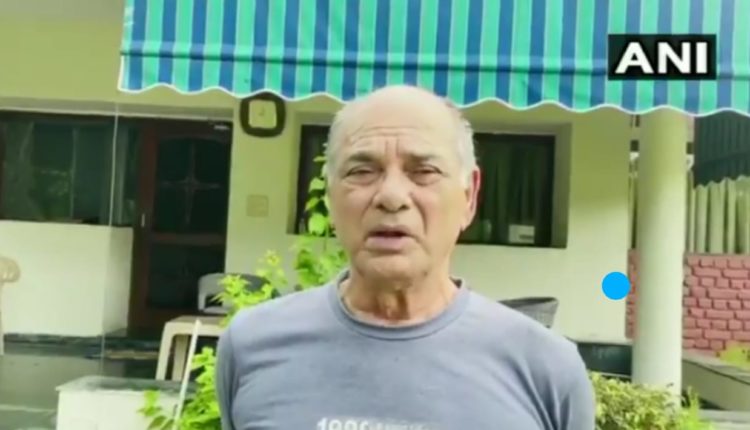 In a 15-second video clip, Singh demanded the immediate arrest of Rhea and her associates.

#WATCH Rhea Chakraborty was giving poison to my son, Sushant from a long time, she is his murderer. The investigating agency must arrest her and her associates: KK Singh, #SushantSinghRajput‘s father pic.twitter.com/EsVpAUlZMt

This assumes significance against the backdrop of leaked WhatsApp messages, which according to news channels revealed that Rhea used to give drugs to Sushant.

Also Read: Did Sushant Singh Rajput Meet A Drug Dealer? Did Someone Hang Him?

On Wednesday, Sushant’s sister Shweta Singh Kirti had questioned as to why the culprits were moving about ‘scot-free’. “They should be taken under custody immediately,” she wrote.

Why the people who have committed such a heinous crime…moving about Scot-free??? I need an answer!! They should be taken under custody immediately!! #ArrestCulpritsOfSSR https://t.co/HkYlBFexzK

Sushant was found dead at his Bandra apartment on June 14. The CBI is currently probing the case and has grilled his flatmates in this connection.