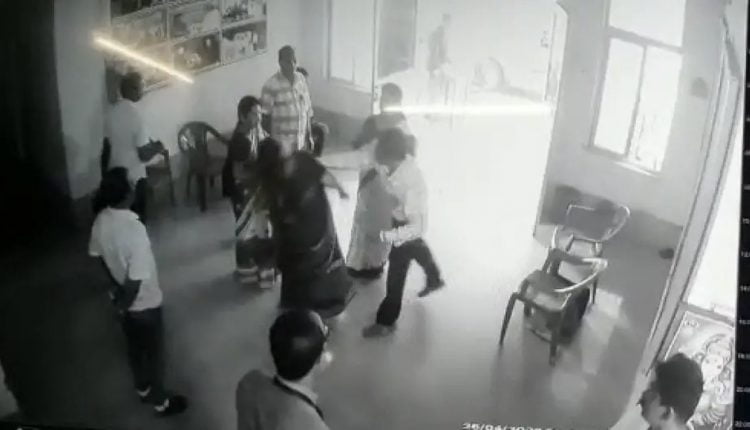 Berhampur: District Education Officer (DEO), Ganjam, Binita Senapati sustained multiple injuries after allegedly being attacked by a teacher couple, staging a protest outside the office over the non-payment of salary, here on Tuesday afternoon.

According to sources, they thrashed the DEO while she was going to have her lunch. The incident was captured on a CCTV camera.

The teacher, Shantilata Sahu, who is the in-charge headmistress of Belaguntha High School, alleged that her salary has been arbitrarily stopped since December 2021. Aggrieved over the delay in releasing her salary, her husband, Suman Sahu, hit the DEO even as she engaged her in a discussion on the office premises.

“Neither the authorities are suspending me nor giving any notice. We have been staging dharna for the past couple of months,” said Shantilata.

Town police have arrested Suman Sahu for attacking the DEO.

Senapati, who sustained an injury to her nose, has been admitted to MKCG Medical College and Hospital here.