[Watch] The Most Popular Jonas Is @PriyankaChopra At Instagram; Can Dump Nick For This Actor 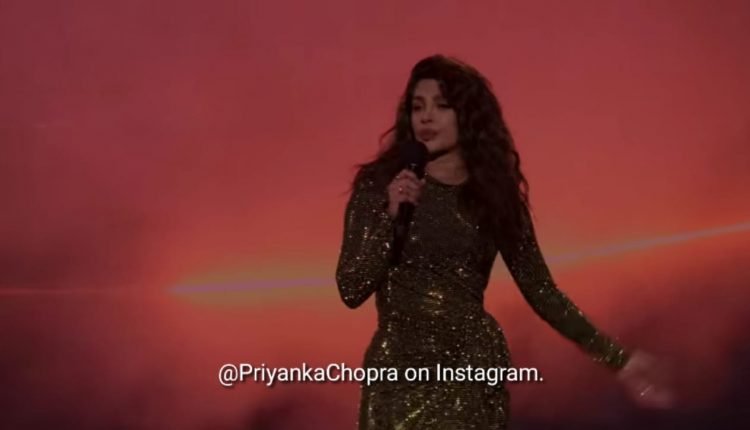 Bhubaneswar: After dropping Jonas from his name on Instagram, Priyanka Chopra is back roasting the American singing sensations Jonas brothers – Nick, Joe and Kevin- on Netflix and this for sure has sent all separation rumours packing.

The rumour mills have been working overtime since the actress dropped both Chopra and Jonas from her Instagram and Twitter handles. She is now listed as the mononym Priyanka.

However, her Madhu Chopra was quick to quash all rumours and it was followed by Priyanka’s mushy comment on Nick’s post.

Priyanka, as aptly complimented by her husband Nick Jonas, totally killed it at the roast. Talking about her 10-year age gap with Nick, she said that they teach each other; Nick showed her how to use TikTok while Priyanka showed him what a successful acting career looks like.

Nick almost had his heart in the mouth when Priyanka said, “We’re the only couple who doesn’t have kids. Which is why I’m excited to make this announcement. Nick and I are expecting…,” and slyly added, “To get drunk tonight and sleep in tomorrow!”

She concluded the gig by stating, “I wouldn’t want to babysit, I mean, be married to anyone else.”

Priyanka Chopra and Nick Jonas tied the knot in a lavish wedding in 2018 according to the Hindi rituals and Catholic tradition.