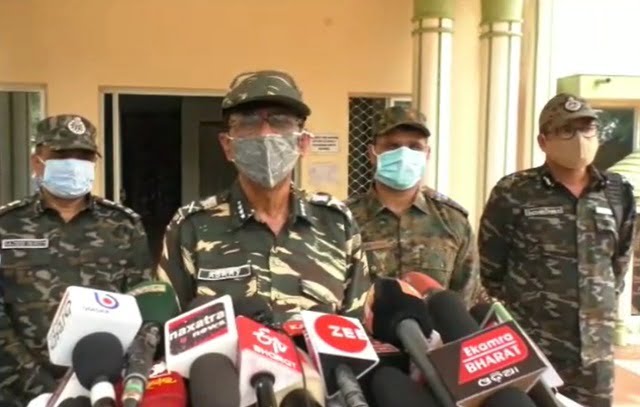 Malkangiri: Director General of Police (DGP) Abhay on Wednesday said the death of three Maoist cadres in the encounter in Tulasi Forest Range in Malkangiri district is a big success for Odisha Police.

The DGP, who arrived in the district today, told media persons that the three Maoist cadres were carrying a cash reward of Rs 10 lakh on their head.

Claiming that a host of welfare projects are being implemented in Malkangiri district and its cut-off areas under the vigilance of the Central Forces, the DGP called on the Maoists to abjure violence and join the mainstream for inclusive development of the district.

Stating that post-mortem of the three Maoists is underway, he said the police will cremate the bodies if the family members do not turn up to take the bodies.