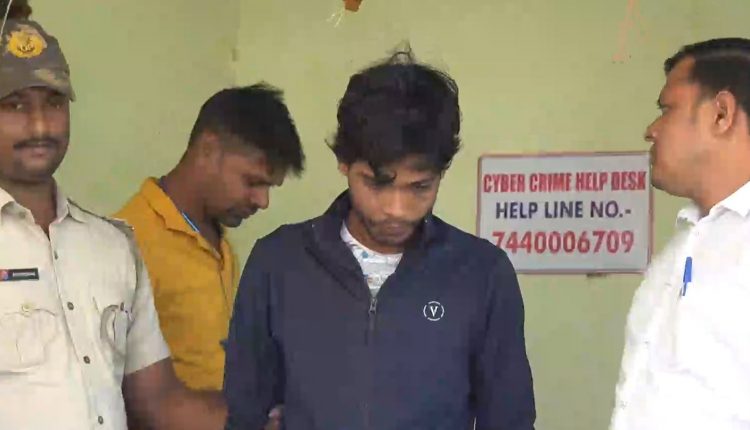 Bhubaneswar: Three persons, including a transgender, were arrested by Cyber Police in Odisha’s capital on Thursday on charges of Rs 31,500 online fraud.

The accused have been identified as Soumyarjan Pradhan (aka Manisha), Tusharkanti Bai, and Sunil Samantray.

According to sources, Manisha contacted a businessman, identified as Vikash Sehgal, and introduced himself as the personal assistant (PA) of a minister.

He told the businessman that the minister was busy and his mother needed some money to arrange a ‘yajna’ at his home. He defrauded Rs 31,500 through PhonePay from the victim after convincing him by making a call in a female voice and identifying himself as the minister’s mother.

After learning that he had been cheated by some fraudsters, Sehgal filed a complaint with Cyber police station on November 12, and a probe was initiated, leading to his arrest.

The cops recovered Rs 50,000 from Manisha’s possession and seized all other bank accounts that were used for cyber fraud. “Tusharkanti Bai of Berhampur and Sunil of Jajpur had provided their bank account details to Manisha for this purpose. They used to take 10% of the fraud amount and give the rest to the prime accused,” a police officer said.

The accused had earlier used the same modus operandi to loot Rs 1.5 lakh from two persons, he further informed.

Three cases have already been registered in Bhubaneswar, two each in Berhampur and Sambalpur, and a case in Angul against transgender Manisha, who completed a diploma course at a private college in Berhampur, he added.