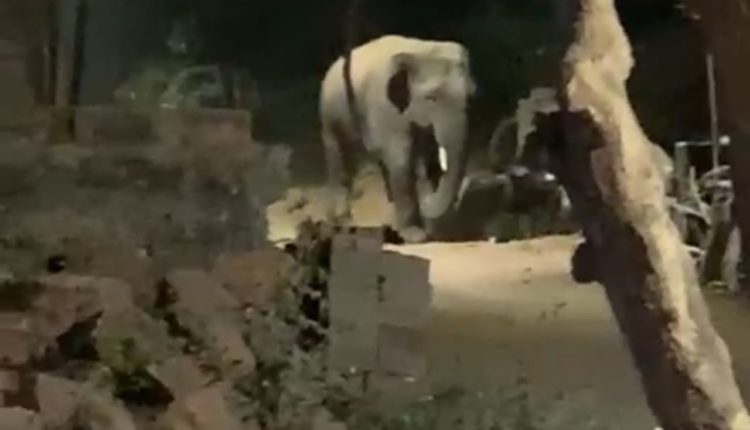 Cuttack: Odisha is battling an ‘elephantine’ problem these days. On the heels of jumbo deaths due to a killer bacteria in Sarlapata sanctuary in Kalahandi district, a different type of trouble involving the pachyderm erupted in Cuttack on Friday.

A tusker was stopped inside the second campus of Ravenshaw University at CDA-13 here. It reportedly entered the campus from the Kathajodi riverside, after pulling down a wall.

A few more elephants have also been near the campus, sources said.

Forest officials are keeping a close watch in the area to ward off the elephants.

Herds of elephants have earlier been seen crossing the Mahanadi and moving towards the bridge-11 in CDA area.