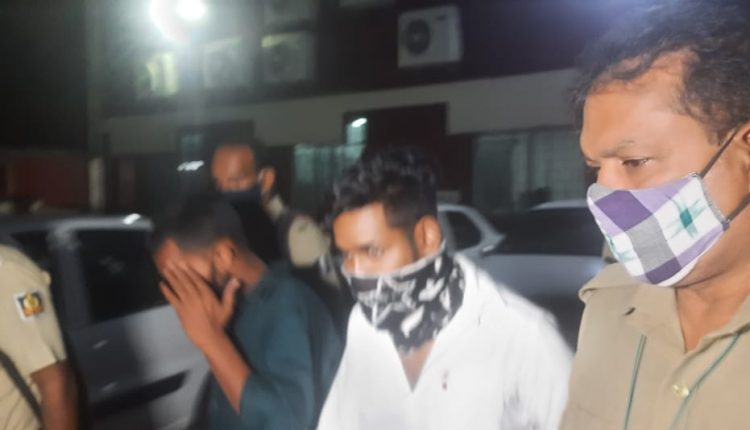 Bhubaneswar: On a day when the police conducted raid on the house of a member of ‘Koi Bhai Nahi’ (KBN) gang, two other members surrendered in a city court.

The two members of the notorious gang, which had unleashed a terror in the streets of Bhubaneswar, Rajesh Behera alias Chenga and Sanatan Behera alias Sania surrendered in the SJM Court, Bhubaneswar on Tuesday. After rejecting their bail pleas, the court sent them to judicial custody for 14 days.

So far, 9 members of the gang’s total 29 members have come under legal custody. While police had arrested two members on Monday, five others are already in jail.

Earlier in the day, the Nayapalli police carried out a raid on the house of the gang member Sanjay Khuntia at Brit Colony in Nayapalli area of the city. The raid was conducted on suspicion of possession of weapons by Sanjay in his house.

The police had bulldozed the house of another KBN member Rajesh Behera alias Chenga on Monday following a tip-off that guns were stored there.

Meanwhile, another video of the gang shows its 8-10 young boys saying cheers holding drinks in plastic glasses behind a car. The video titled #KBN has gone viral on social media.

It may be noted that the KBN gang drew police attention after a local news channel telecast a video showing over two dozen members of the gang brandishing sharp weapons and a gun, driving an SUV and dancing on the middle of the national highway near CRP Square in the city.

96 Nations To Recognise Indian Jab Certificates; You Can Now Fly To These Countries