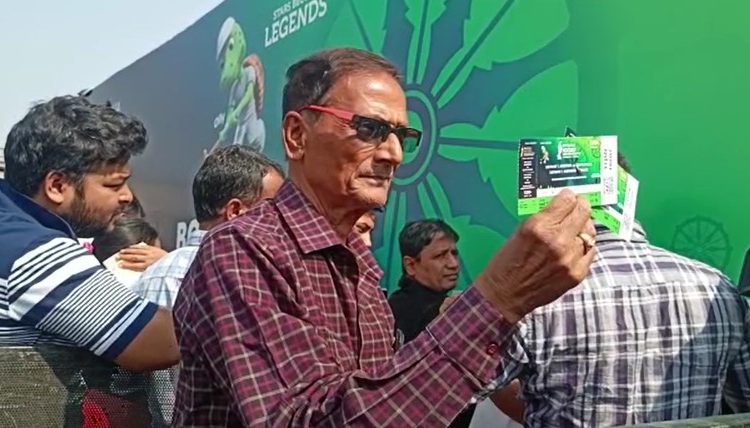 Bhubaneswar: While the Odisha Government is leaving no stone unturned to create buzz for the Hockey Men’s World Cup-2023 scheduled to commence on January 13 at the Kalinga Stadium here, lack of information on the availability of Indian match tickets at the counter has disappointed fans.

A large number of fans made long queues since early morning outside gate number 8 to buy and redeem offline tickets.

However, the security personnel reportedly announced that the tickets were available only for matches on January 13 and 14. No tickets are available for the opening day and final match as well.

“I arrived at Kalinga Stadium at 7 am today and stood in the queue with the hope to get India match tickets. But after reaching here, Paytm Insider staff informed that those tickets are not available currently as those tickets have already been sold out online,” a fan outside Kalinga Stadium told local media.

Meanwhile, another hockey fan who redeemed his online hockey ticket said that when he reached gate number 8, he was told that he needs to go to the police field in order to get the ticket. “No signboard was fixed, and no such announcement was made regarding the change of place,” he said.

The unavailability of tickets for India matches has sparked outrage among the fans. They demand a clarity regarding the dates when they will be able to get those tickets.