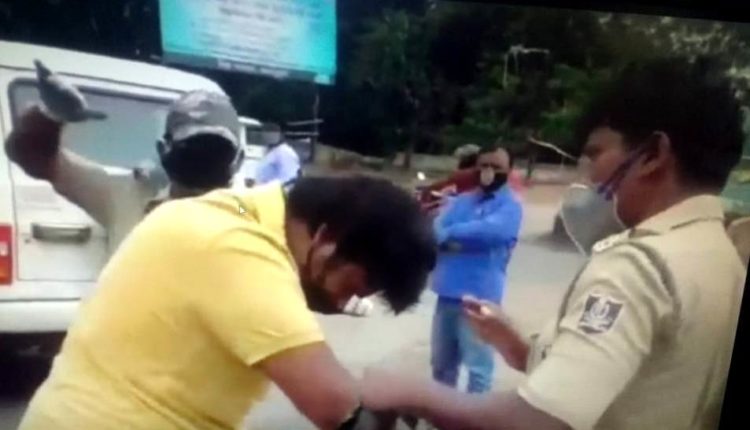 Jharsuguda: The SP of Jharsuguda Rahul PR has ordered a probe into the thrashing of a youth in public by the police after a video of the incident went viral on social media.

According to police, Santosh Yadav, son of a bus owner had come to the bus stand in Jharsuguda town a week ago to know the condition of the vehicle.

As soon as he arrived at the bus stand, he was detained by the local magistrate and the police. Asked why he came without wearing a mask and during the lockdown period, he said he had come to arrange a bus required by the district administration for COVID duty.

But as the police asked him to leave the place, a heated altercation ensued in which two policemen slapped him.

Though the police later said that the incident has been mutually resolved, Santosh’s father said he will take legal action against the police after the video of the incident went viral on social media after a week.

One COVID Warrior Among New 10 Cases In Odisha’s Malkangiri

COVID Count Mounts To 471 In Odisha’s Mayurbhanj, Know The Details