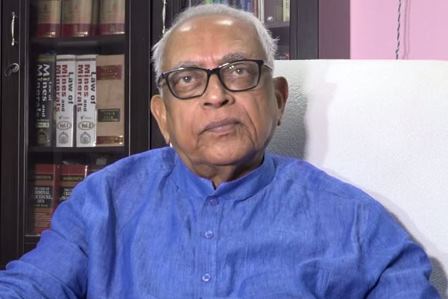 Bhubaneswar: Veteran Congress leader Narasingha Mishra on Monday demanded an answer from Odisha Chief Minister Naveen Patnaik as to how someone, earlier let off by the police, was now arrested by the Enforcement Directorate in Archana Nag’s honeytrap racket case.

Mishra told media persons that the ED is also reported to have informed the Special Investigation Team (SIT) on black money of having traced financial transactions amounting to Rs 20 crore in the lady blackmailer case.

“It proves that Odisha police is responsible for shielding those involved in the racket. Someone who was spared by the police has now been arrested by the ED immediately after it began probe in the case,” the Congress legislator said.

Apparently referring to the arrest of Khageswar Patra, business partner of Archana and her husband Jagabandhu Chand, he said there must be ample evidence against the person.

There seems to be sufficient evidence about huge financial transactions in the racket but the state police ignored these, he said, adding that the arrested person is stated to have given a lot of information to the ED.

“Therefore, the Chief Minister should immediately give an answer as to how the state police spared people involved in the racket,” Mishra said.

Claiming that many ruling party leaders are involved in the honeytrap racket, the Congress leader alleged that the state police appeared to be operating as a tool in the hands of the ruling party. Either the police is shielding those involved in the racket, or the DGP is incompetent, he claimed.

Asked whether he will raise the issue in the Assembly, Mishra said those who fail to raise it on the floor of the house will make their involvement in the honeytrap racket clear.

Referring to the chitfund case, he said most of those involved in the lady blackmailer case are from the ruling party. While BJD is the ruling party in Odisha, BJP happens to be the ruling party at the Centre and both are like two sides of the same coin. “Who will catch the culprit then. There is a silver lining. The SIT on black money took cognisance of the case and directed the Income Tax department to investigate,” he said.

Why Doesn’t Mithun Chakraborty Want A Biopic On Himself?