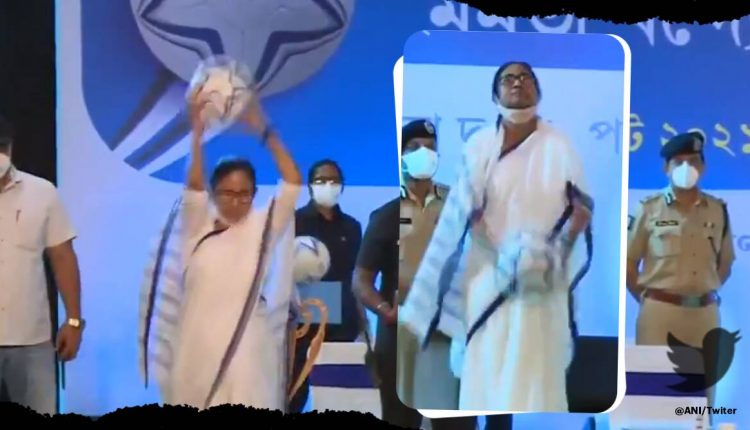 At the launch, Banerjee said, “Believe it or not, ‘Khela Hobe’ has become very popular. We had raised the slogan in Bengal. Now it was raised in Parliament too, and soon, it will be popular across India. In the days to come, there will be ‘Khela Hobe’ everywhere.”

Banerjee was also seen playing with and throwing footballs to the crowd at the event.

Earlier in March, before the West Bengal Assembly elections, Banerjee was seen sitting in a wheelchair and playing with a football and passing it around at one of her rallies. Banerjee had decided that her government would celebrate August 16 as ‘Khela Hobe Diwas.’