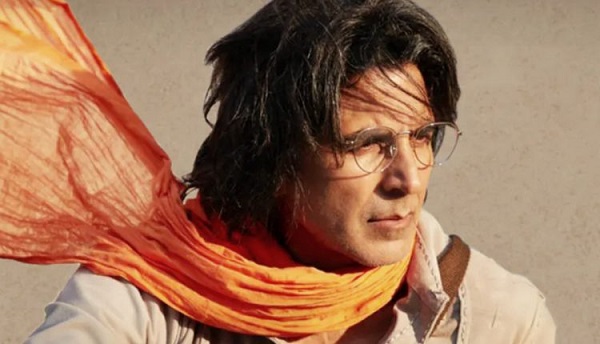 Mumbai: Will “Ram Setu” end Akshay Kumar’s lean patch at the box office this year? The trailer of this year’s most-awaited movie is now out.

In the film, which also stars Nasser, Jacqueline Fernandez, Nushrratt Bharuccha and Satya Dev in key roles, Akshay plays an archaeologist on a mission to locate the mythical bridge and save it.

The two-minute trailer starts with a scene, where the government seeks the Supreme Court’s permission to demolish the ‘Ram Setu’ (the mythical bridge that connects India and Sri Lanka). Nasser challenges it and appoints Akshay on a mission to locate and save ‘Ram Setu’.

Akshay, while leading the mission, realises that there is an ulterior motive behind his appointment. Joined by Jacqueline and Satya Dev, Akshay realises that he has been sent on this mission to die with “evil characters” out to destroy ‘Ram Setu’. Nushrratt also suggests that it’s impossible to discover ‘Ram Setu’.

The film is produced by Akshay Kumar’s Cape Of Good Films, Lyca Films and Abundantia Entertainment. The film will be streamed on Amazon Prime Video.

‘Ram Setu’ is directed by Abhishek Sharma, who earlier directed several films in the comedy genre such as Parmanu, Tere Bin Laden and The Shaukeens. The film is slated to be released on October 25.

When Odisha Honeytrap Kingpin Archana Trapped A Girl By Spiking Her Food; Check Other Details

RMRC To Conduct COVID Status Study In 5 Cities Of Odisha