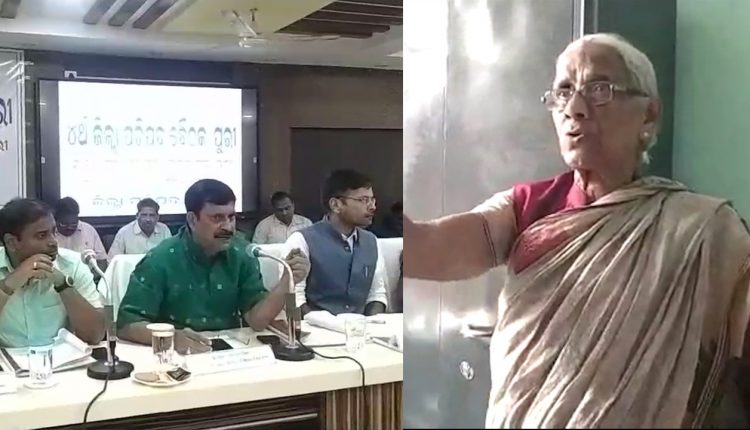 Puri: Odisha’s School and Mass Education Minister Samir Ranjan Dash came under a fresh attack on Saturday with a woman Zilla Parishad member of Puri accusing him of ridiculing and humiliating her at the council  meeting.

Samal said she sought to know during the meeting as to why some works pending during 2017-22 have not been taken up.

However, even before the district collector could reply, the Minister intervened, she claimed and alleged that Dash ridiculed and humiliated her in front of others.

Claiming that she was also denied an opportunity to speak at the meeting, Samal said she decided to boycot the proceedinga after being humiliated.

She further alleged that the Minister ridiculed her in order to shield alleged wrongdoings and irregularities by the son of a former zilla parishad member.

Stating that she would meet Chief Minister Naveen Patnaik to apprise him about the ill-treatment by the Minister, Samal said she will also tell the CM that irregularities are increasing in Nimapada area because of Dash.

Refuting the allegations made by Samal, the Minister said that he neither ridiculed nor insulted the zilla parishad member. No such thing as alleged by her happened in the meeting, he said.