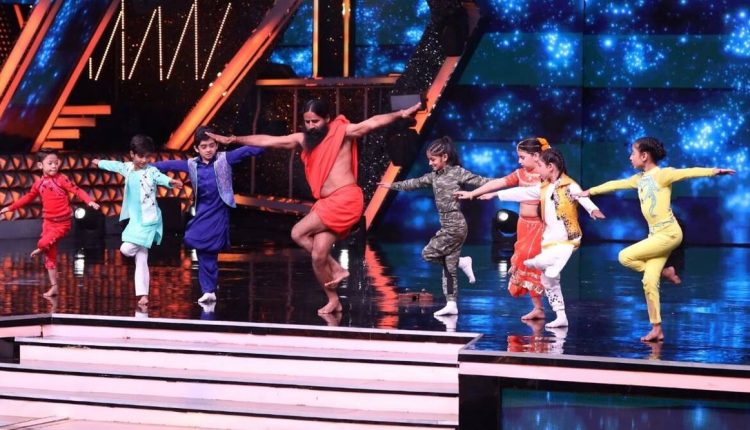 New Delhi: Swami Ramdev has sparked a controversy yet again. There is a massive uproar on social media due to a remark he made about women’s attires at a Yoga training programme.

. “Women look good in saris, they look great in salwar suits, and in my view they look good even if they don`t wear anything,”

The 56-year-old Yoga guru made the remark at a Yoga Science Camp and Women’s Meeting which was organised by Patanjali Yogpeeth and Mumbai Mahila Patanjali Yoga Samiti in Thane.

The comment sparked outrage against the Yoga guru, with several seeing the remark as “sexist” and demanding an apology from him online.

Delhi Commission of Women (DCW) chairman Swati Maliwal also slammed Ramdev for the remark. “The remarks made by Swami Ramdev on women in front of the wife of the Deputy Chief Minister of Maharashtra are indecent and condemnable. All women have been hurt by this statement, Baba Ramdev ji should apologize to the country for this statement!” Maliwal wrote on Twitter posting the clip.

Baba Ramdev said this while conversing with women attending the camp who had brought their yoga attires and saris. Many women were unable to change for the interaction which started soon after the Yoga training, and attended it in their Yoga attires only.

Observing that many women had been unable to change into their saris, Ramdev said it wasn’t a problem and they could do so after going home. He then made the controversial remark.

Apart from the sharp reaction from many users on social media, Thane Congress workers also reportedly took out a protest against Ramdev’s controversial remark.