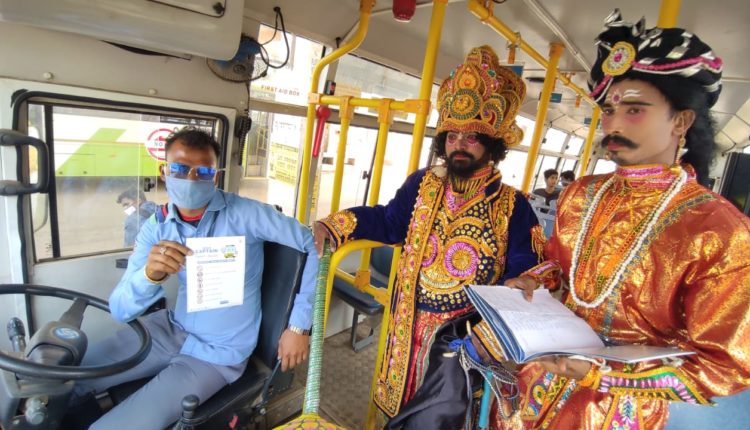 Bhubaneswar: MoBus crew members and commuters were in for a surprise when they saw ‘Yamraj and ‘Chitargupta’ travelling in the buses on Saturday.

As part of 32nd Road Safety Awareness Month, three of the crew members dressed up as the god of death and his registrar of karma to disseminate various road safety messages among commuters and crew members. 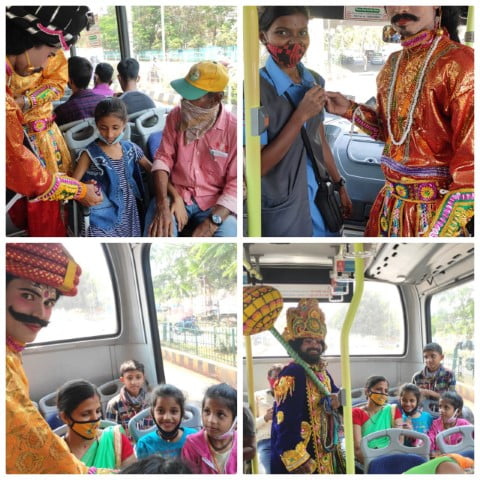 They travelled on various routes, distributed leaflets and chocolates among children while describing the road safety rules.

The crew members were sensitised to wear seat belt, halt at designated stops, avoid drunken driving and talking on mobiles while on duty. They were also asked to maintain lane discipline. 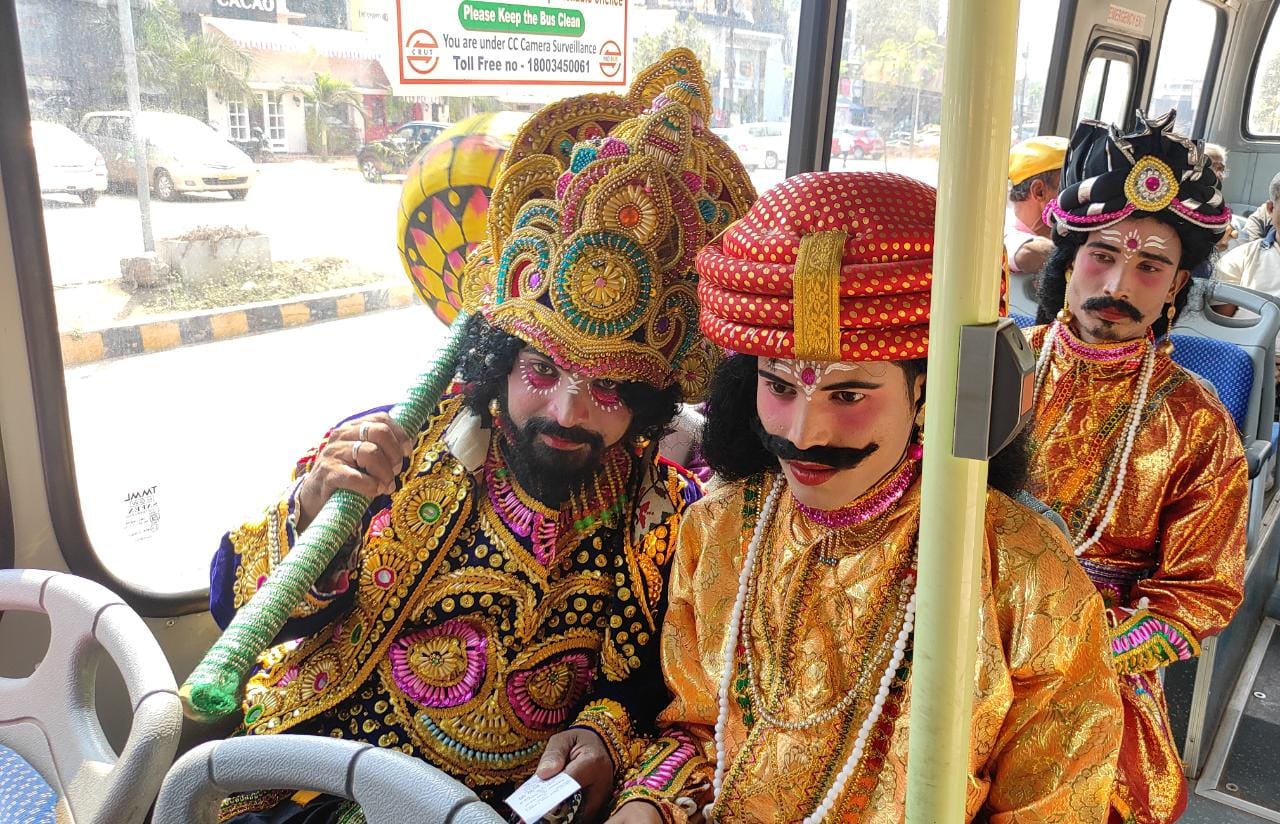 They also requested the commuters to report about any traffic violation by the crew when they notice any while travelling in MoBus.

“It is a good attempt by CRUT to sensitise their own crew members to follow the traffic rules,” said Bishnu Behra, a senior citizen who was travelling in one of the buses.

“Obeying traffic rules should be responsibility of all concerned. Everyday a group of ten captains are counselled about do and don’ts of traffic rule before they go on duty,” said CRUT General Manager Dipti Mahapatro.

“Normalcy is returning and our ridership has also increased gradually. At present 169 buses are operating on 25 routes with around 85,000 passengers daily. We are hopeful that soon we will have more than 1 lakh commuters per day,” she added.

Odisha Bandh: Mo Bus To Suspend Service For Half Day…

Minor Changes In Schedule Of 2 Mo Bus Routes In Bhubaneswar…