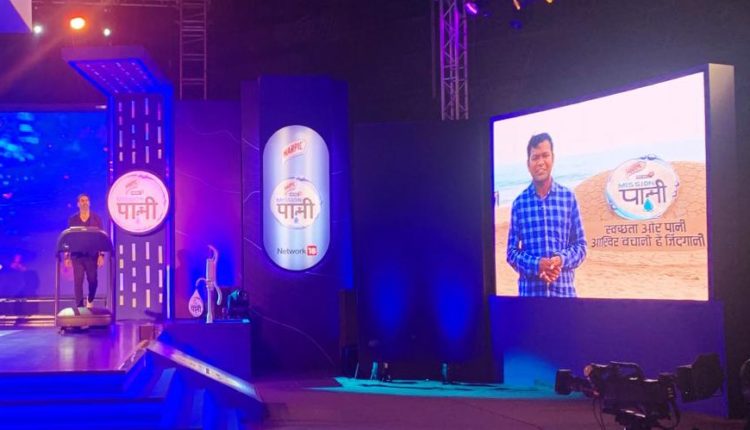 Bhubaneswar: Bollywood actor Akshay Kumar and sand artist Sudarsan Pattnaik, both internationally acclaimed for their work in their respective art forms, never fail to amaze the world with their activities for a cause. The two legends came together on the virtual platform for a cause – Mission Water.

Sudarsan’s sand art on Odisha’s Puri beach – Mission Pani – which gives out a message to save water was welcomed by Akshay.

Akshay, the campaign ambassador for Waterthon, was in the studios of a news television channel where he was walking treadmill (21 km when the report was filed) as part of the ‘Jal Andolan for a water secure future’ campaign.

Notably, sand artist Sudarsan Pattnaik on September 8 posted a picture of a sand sculpture on social media on the occasion of Akshay Kumar’s birthday.

The Mission Paani Waterthon is an initiative by News18 and Harpic India. Big celebrities, leaders and changemakers are joining hands for an initiative towards saving water and sustaining it for the generations to come.

Hosted by Akshay Kumar, the event will emphasise on ‘Paani Ki Kahaani, Bhaarat Ki Zubaani’. This theme will raise awareness about water crisis in India.